The production of positronium in a low-temperature (cryogenic) environment is in general only possible using materials that operate via non-thermal processes. In previous experiments we showed that porous silica films can be used in this way at temperatures as low as 10 K, but that Ps formation at these temperatures can be inhibited by condensation of residual gas, or by laser irradiation.

It has been known for several years now that some semiconductors can produce Ps via an exciton-like surface state [1, 2]. Si and Ge are the only semiconductors that have been studied so far, but it is likely that others will work in a similar way. The electronic surface state(s) underlying the Ps production can be populated thermally, resulting in temperature dependent Ps formation that is very similar to what is observed in metals (for which the Ps is actually generated via thermal desorption of positrons in surface states). Since laser irradiation can also populate electronic surface states, and is known to result in Ps emission from Si at room temperature, the possibility exists that this process can be used at cryogenic temperatures.

We have studied this possibility using p-type Ge(100) crystals. Initial sample preparation involves immersion in acid (HCl) and this process leaves the sample with Chlorine-terminated dangling bonds which can be thermally desorbed. We attached the samples to a cold head with a high temperature interface  that can be heated to 700 K and cooled to 12 K. The heating is necessary to remove Cl from the crystal surface, which otherwise inhibits Ps formation. Fig 1 shows the initial heating cycle that prepares the sample for use. The figure shows the delayed annihilation fraction (which is proportional to the amount of positronium) as a function of temperature. 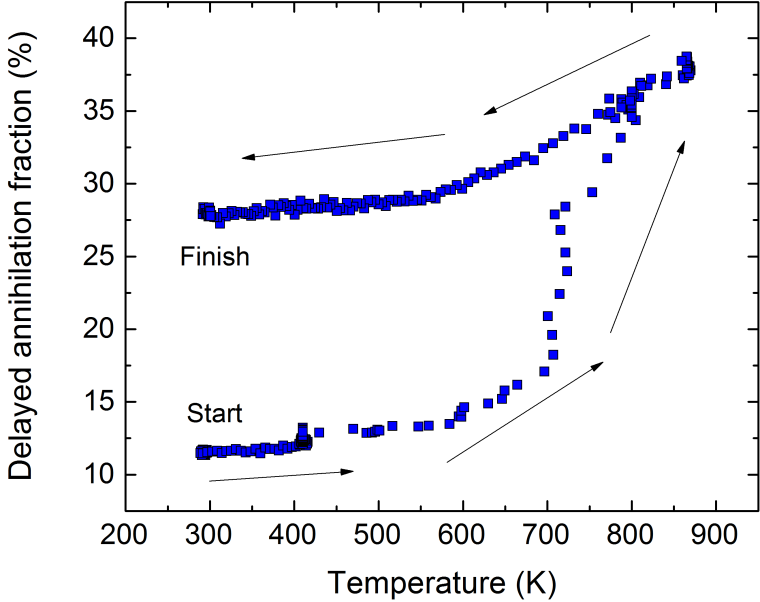 FIG. 1:  Delayed fraction as a function of sample temperature after initial installation into the vacuum system. After the surface Cl has been thermally desorbed the amount of Ps emitted at room temperature is substantially increased.

As has been previously observed [2] using visible laser light at 532 nm can increase the Ps yield. This occurs because the electrons necessary for Ps formation can be excited to surface states by the laser. However, these states have a finite lifetime, and as both the laser and positron pulses are typically around 5 ns wide these have to be synchronized in order to optimise the photoemission effect. This is shown in FIG 2.  These data indicate that the electronic surface states are fairly short lived, with lifetimes of less than 10 ns or so. Longer surface states were observed in similar measurements using Si. 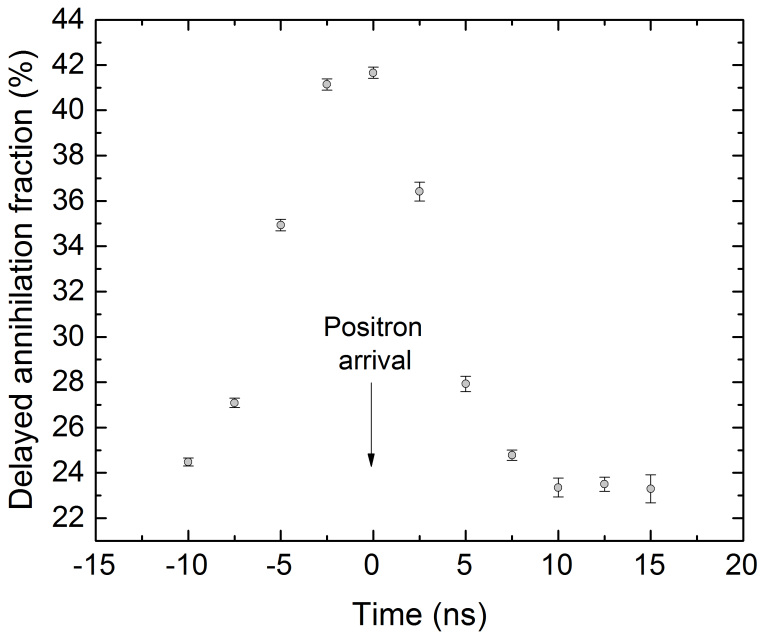 FIG 2: Delayed fraction as a function of the arrival time of the laser relative to the incident positron pulse. These data are recorded at room temperature.  The laser fluence was ~ 15 mJ/cm

When Ge is cooled the Ps fraction drops significantly. This is not related to surface contamination, but is due to the lack of thermally generated surface electrons. However, surface contamination does further reduce the Ps fraction (much more quickly than is the case for silica. This effect is shown in FIG 3. If a photoemission laser is applied to a cold contaminated Ge sample two things happen (1) the laser desorbs some of the surface material and (2) photoemission occurs .This means that Ge can be used to produce Ps with a high efficiency at any temperature, and we don’t even have to worry about the vacuum conditions (within some limits). 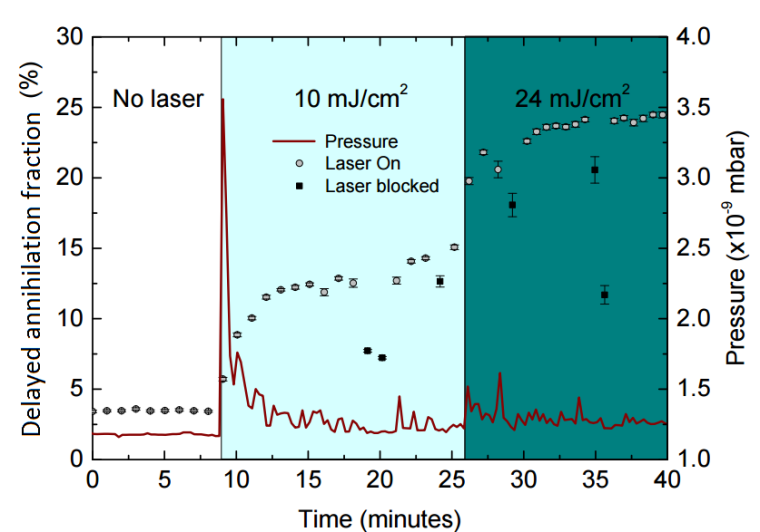 FIG 3: Delayed fraction as a function of time that the target was exposed to showing the effect that different laser fluences has on the photoemission process. During irradiation, the positronium fraction is noticeably increased.

There are many possible applications for cryogenic Ps production within the field of antimatter physics, including the formation of antihydrogen formation via Ps collision with antiprotons [3], Ps laser cooling and Bose Einstein Condensation [4], as well as precision spectroscopy.