We have installed a new coldhead in our beamline with a high temperature heater, this will allow us to heat up samples up to 1000 K and cool them down to 10 K. The aim of this new addition to our system is to test Positronium emission from targets by implanting a positron pulse just after irradiating the sample with a high power laser. This has been done before with silicon samples [1]. In these previous studies samples of silicon were heated to similar temperatures and a green (532 nm) pulsed laser was fired at the samples before implanting bunched positron pulses, it was shown that heating the target increased the positronium yield, and likewise, increasing the laser power also enhanced the amount of positronium produced. It was also observed that the temperature of the target and the power of the laser pulse do not affect the energy of the produced positronium, only the yield. We plan to use this coldhead to repeat these measurements on germanium targets. Positronium produced out of these semiconductor targets has a very large emission energy, approximately 0.16 eV, compared to the 50 meV we can attain with porous silica. However, we can also cool these samples down to 10 K, potentially making efficient positronium emission at cryogenic temperatures more feasible if the same positronium photoemission mechanism is reproducible. This would be very useful for experiments in which antihydrogen will be produced at very low temperatures after interacting with positronium and trapped antiprotons [2]. 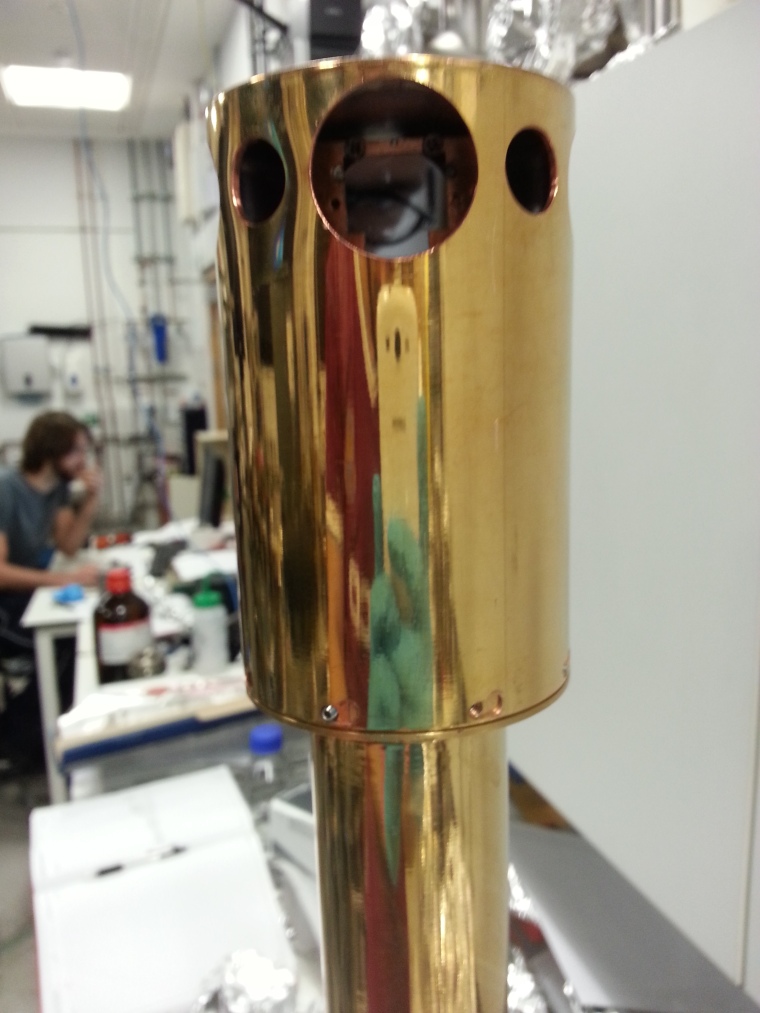